On Tuesday morning, the Consumer Financial Protection Bureau (CFPB) released a much anticipated report regarding the use of mandatory pre-dispute arbitration clauses in customer-service agreements. These clauses require consumers to arbitrate disputes instead of litigating them in court or as part of a class action. As an example, a consumer subject to an arbitration clause who wants to sue his bank over credit card charges he disputes must arbitrate instead of suing in court. The use of these clauses is fairly common in the consumer financial services sector, appearing in around half of credit card and checking account contracts, and substantially all contracts for prepaid cards, payday loans, private student loans and wireless third-party billing agreements. 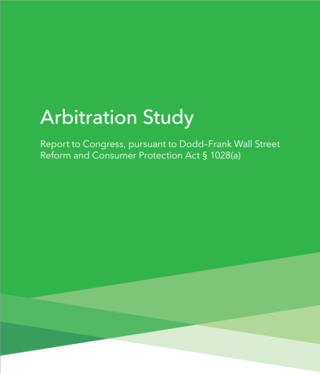 The report, which clocked in at more than 700 pages, reached the following conclusions (amongst many others):

This blog, as well as Arnold & Porter's in-depth advisories, will continue to track this area.