Get Ready For Fed. Circ. Guidance On AIA Trials

Starting this year, the Federal Circuit has begun to hand down decisions on appeals from final decisions in post-America Invents Act proceedings such as inter partes reviews and covered business methods. Thus far, eight out of the 10 decisions (80 percent) have been Rule 36 summary affirmances with no opinions. The Federal Circuit has handed down only two opinions (20 percent): In Re Cuozzo Speed Techs. LLC in February and Belden v. Berk-Tek in April. 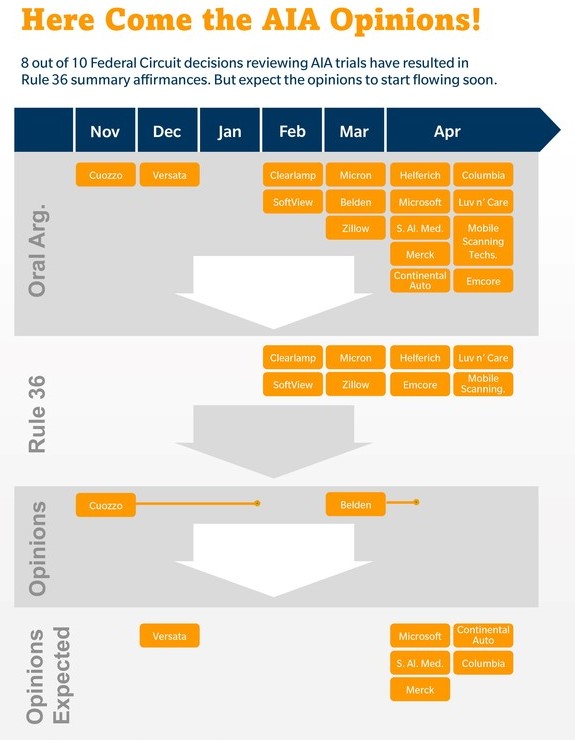 However, based on the current pipeline, it looks as if those seeking more guidance from the Federal Circuit won’t have to wait long. For the eight Rule 36 summary affirmances, the Federal Circuit decisions arrived anywhere between two and 15 days after oral argument. But, there are currently six cases where oral arguments were heard over a month ago and a decision has not yet been issued. Thus, it is likely that these cases will result in written opinions. 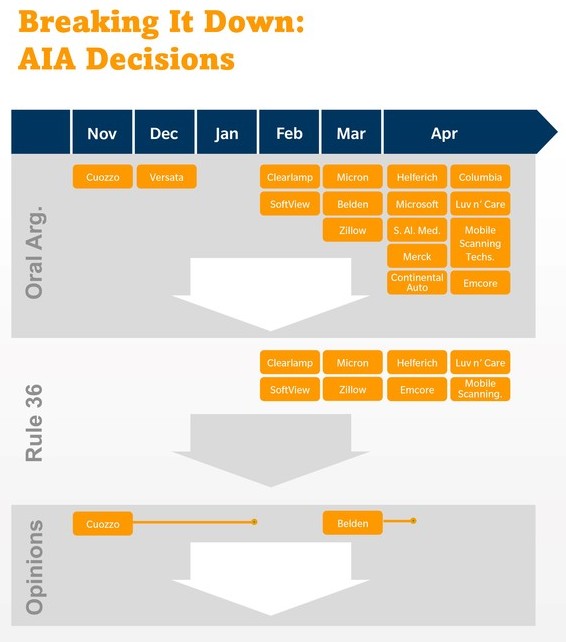 These six cases to watch are:

In awaiting these decisions, practitioners should note that:

• Of these six cases, only one is an appeal from a covered business method proceeding (Versata), while the other five are appeals from inter partes review proceedings;

• The U.S. Patent and Trademark office has intervened in Versata, Microsoft and Continental Auto. The USPTO typically intervenes when one party does not participate in the appeal or when the appeal involves a challenge to a rule or interpretation;

• Judge Pauline Newman, who dissented in Cuozzo and disagreed with the PTAB’s broadest reasonable interpretation rule in IPRs, sits on the Versata, S. Al. Med. Science, and Merck panels. 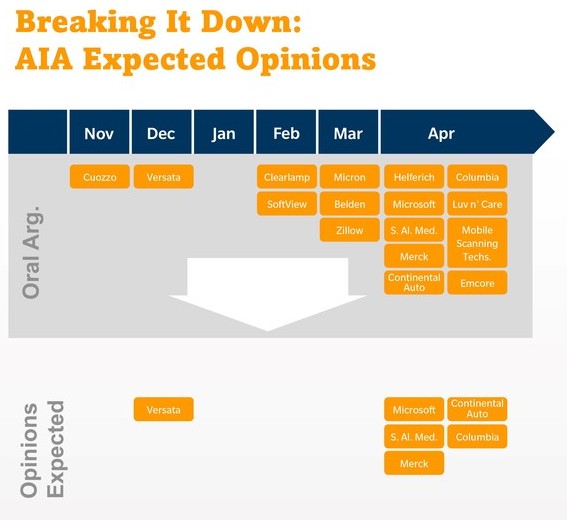 Read the full article on Law360 (with subscription).