POM Wonderful: Class of Juice Drinkers Gets Squeezed to a Pulp

We have previously blogged about the FTC's action against POM Wonderful LLC and POM Wonderful's Lanham Act claims against its competitors. In addition to that litigation, POM Wonderful has been subject to private lawsuits alleging that POM made misrepresentations about its juice products. The most recent decision in those cases was a significant victory for the company. 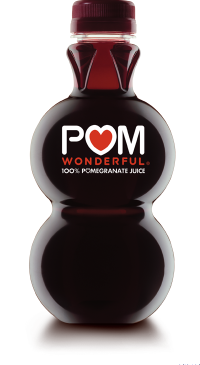 On March 25, 2014, a federal district court in California reversed its earlier decision permitting the purported claims of millions of purchasers of POM pomegranate juice and juice blends to go forward as a class action. In September 2012, the same court had ruled that this nationwide class of POM purchasers could collectively seek damages based on claims that POM misrepresented that its juices provide certain health benefits. The court reversed course and decertified the class based on additional information that undermined plaintiffs' ability to prove classwide damages and to identify proper class members. The court explained that plaintiffs had not shown it was possible to determine damages with common evidence. Plaintiffs had taken two approaches.

The court also found that a class action was improper given the problems that identifying POM customers would entail. Plaintiffs were seeking to represent ten to fifteen million people who paid as little as a few dollars for a single bottle of juice. These customers purchased POM juice for a variety of reasons, some having nothing to do with the allegedly misrepresented health benefits, and few, if any, of these customers had receipts for these purchases. As a result, the court concluded there is no way to determine who purchased POM juices and when.

The court's decision shrinks the possible recovery in this case exponentially from the hundreds of millions of dollars sought by plaintiffs to the cost of only a few bottles of POM juice. But the implications of the class decertification decision do not end with this case. Individuals in other states have filed similar putative class actions on behalf of POM drinkers seeking to recover for the purchase of POM fruit juices. The bases for the court's decision -- the different reasons customers have for purchasing POM juice, the fact that customers received something of value when they purchased POM juice, and the difficulty identifying who purchased POM juice and when -- could apply in these other cases. And the court's reasoning should pose obstacles in other class actions in which consumers seek full or partial refunds of money paid for foods or beverages they have already consumed.