Not even a Higher Power could save a rabbi's frequent flyer miles from the High Court.

In 2008, Northwest cancelled Rabbi Binyomin Ginsberg's frequent flier account, relying on a provision in the program permitting Northwest to cancel an account "in its sole judgment" if the customer abused the program. The airline contended that Rabbi Ginsberg abused the program by calling the office 24 times to complain, and that he had been awarded $1,925 in travel vouchers, 78,500 bonus miles, a voucher extension for his son, and $491 in cash reimbursements. In response, Rabbi Ginsberg filed a class action in the US District Court for the Southern District of California, including a claim that the cancellation breached the common-law implied covenant of good faith and fair dealing.

In a victory for the airline industry, a unanimous Supreme Court held on April 2, 2014 that Rabbi Ginsberg's implied covenant claim was preempted by the Airline Deregulation Act (ADA), which precludes states from enforcing "a law, regulation, or other provision having the force and effect of law related to a price, route, or service" offered by an airline. 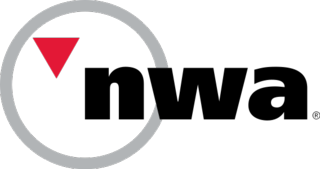 The Court's decision had three bases. First, the Court noted that carving out exceptions to preemption for common-law rules such as the implied covenant claim would undermine the ADA's deregulatory purpose. Second, the Court found that the claim related to "rates, routes, or services" governed by the ADA because Rabbi Ginsberg sought restoration of benefits that would allow him to purchase cheaper tickets and upgrade to higher levels of service.

Finally, the Court considered whether the covenant of good faith and fair dealing between the parties here was a "state-imposed obligation or simply one that the parties voluntarily undertook. A prior Supreme Court case (American Airlines, Inc. v. Wolens) had held that passengers could pursue claims based on "privately ordered obligations" that were not imposed by the state. But here the Court distinguished Wolens and held that the implied covenant was a state-imposed obligation in Minnesota and not a voluntary undertaking, so the claim was preempted by the ADA.

While the ruling gives airlines greater protection from common law claims, the Supreme Court did not give the airlines carte blanche to cancel frequent flier benefits. Rather, there are at least four reasons to tread cautiously: