Last week, a federal district court in New Jersey ruled that purchasers of Skinnygirl Margarita, unhappy because the drink contained preservatives, cannot seek relief in a consumer fraud class action. The court observed there is no practical way to identify people who purchased Skinnygirl Margarita and thus fit within the class, since people do not keep receipts for such purchases. In reaching its conclusion, the court joined a growing list of courts that have ruled consumers cannot bring class action claims on behalf of all purchasers of a particular product when there are no objective records of those purchases.

In their lawsuit, which closely resembles several other Skinnygirl cases, Maureen Stewart and Kelly Lamicella claim that that they purchased Skinnygirl Margarita because it was marketed as a "healthy alternative to other commercial margaritas" that was "all natural" and did "not contain any preservatives." Ms. Stewart and Ms. Lamicella allege that, after purchasing Skinnygirl Margarita several times, they learned that the beverage actually contains the preservative sodium benzoate. Ms. Stewart and Ms. Lamicella thus believe that defendants misrepresented Skinnygirl Margarita and they ask for a full refund of the purchase price or, alternatively, a refund of the amount paid in excess over the cost of similar products that are not "all natural." 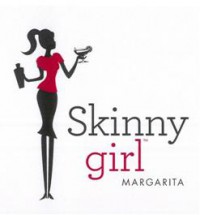 Ms. Stewart and Ms. Lamicella sought to avoid this problem by proposing that Skinnygirl consumers simply submit affidavits that attest to their purchases. The court found this solution insufficient, reasoning that "affidavits essentially amount to nothing more than reliance on the subjective 'say so' of the putative members that they meet the class definition and are entitled to relief," and noting that using affidavits would deprive defendants of the opportunity to challenge each claimants' testimony. The court also rejected Ms. Stewart and Ms. Lamicella's proposal that class membership affidavits be cross-checked against those people who have "liked" Skinnygirl on Facebook, commented about Skinnygirl in social media, or sent emails to the company.

The court's conclusion joins numerous courts around the country, from California to Maine, that have recognized that all purchasers of a particular product cannot recover in a single action when potential claimants do not have receipts or any other objective records of purchases. These courts have considered claims based on a wide variety of products when reaching this conclusion, including claims brought on behalf of all purchasers of Fruit Juice, nutrition bars, pot pies, dietary supplements, crackers and cigarettes. The recent Skinnygirl Margarita decision adds cocktails to this ever expanding list and provides further support that class action treatment should not be allowed in consumer fraud cases in which plaintiffs seek to recover on behalf of sprawling classes of purchasers who cannot be identified without individual testimony from each potential claimant.