Is it Time for a Brain Check? FTC Enforcement of Brain-Training Games

In late January 2015, the Federal Trade Commission (FTC) entered into a Consent Order with Focus Education, LLC, based on Attention Deficit Hyperactivity Disorder (ADHD) improvement claims the company made about an educational software game known as the "ifocus System."; The game consists of the "Jungle Rangers" computer software and comic book and information on children's behavior, exercise, and diet. The company advertised and sold the product to consumers for $214.75 and earned approximately $4.5 million in sales from 2012 through May 31, 2013.

The FTC alleged that Focus Education made express and implied claims that the ifocus System was "scientifically proven" to cause permanent improvements in children's focus, memory, attention, behavior, and/or school performance, including in children with ADHD. The FTC asserted in its administrative complaint that such claims were false and misleading and were not adequately substantiated with competent and reliable scientific evidence. 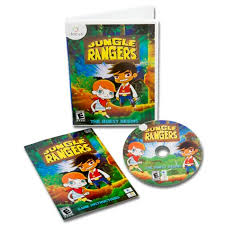 The complaint cited an infomercial and various company websites, which included testimonials from parents and an even an elementary school principal describing the positive results associated with use of the system. FTC cited one infomercial, in which a well known child psychiatrist and brain imaging specialist described the results of a 12-week study of the ifocus System involving 45 children. The study allegedly found statistically significant increases in the children's "self regulation and emotion" after playing the game. According to FTC, however, the study was not randomized, blinded, or controlled, and the data regarding the children's performance showed that self-regulation and emotion measures were in the normal range after using the system. FTC's complaint also noted the absence of any baseline data establishing the test subjects' pre-testing diagnoses and performance and follow-up testing or data to measure or substantiate any permanent effects or outcomes.

To resolve these violations, the company and its principals entered into a Consent Order that prohibits them from making any representations that the ifocus System (or a substantially similar product) improves or permanently improves children's cognitive abilities unless such claims are non-misleading and supported by "competent and reliable scientific evidence," which the FTC's Consent Order defines as "human clinical testing of such product that is sufficient in quality and quantity, based on standards generally accepted by experts in the relevant field, when considered in light of the entire body of relevant and reliable scientific evidence, to substantiate that the representation is true." Further, FTC required that such testing be: (1) randomized, double-blind, and adequately controlled; and (2) conducted by researchers qualified by training and experience to conduct such testing. The Order also prohibits the company and its principals from making unsubstantiated claims about any other product, program, device or service that purports to improve cognitive abilities, behavior or academic performance or treat cognitive abnormalities, unless such claims are supported by competent and reliable scientific evidence. No financial fines or penalties were reported at this time.

The timing of FTC's action is particularly interesting given that it came only days after FDA issued new guidance announcing plans to deregulate certain low risk devices intended to help maintain a general state of health or associate healthy lifestyles with reducing the risk or impact of certain chronic disease or conditions. This action is a reminder that although FDA appears to be shifting its focus to higher risk apps and software that provide medical or clinical interventions, FTC likely will continue to focus on consumer-based health care and software products. Previous settlements regarding health-related products and the FTC have included a tutoring software company in 2014 that paid $18.7 million for making misleading claims about improving children's test and IQ scores, and a mobile app company in 2011 that made false and misleading claims about treating acne.

Brain-training games may particularly be subject to increased scrutiny, given the market is estimated at more than $1 billion.

FTC's message is clear: "Companies need sound science to support cognition claims", and for "savvy marketers, that should be a no-brainer."